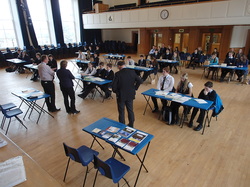 Can you name the deposit made of fragments of rock shattered by an explosive volcano? Or name a line on a map that joins places of equal temperature? Would you be able to recognise the Kessock Bridge from a photo? These were some of the challenges faced by the finalists in this year’s quiz. The final was held at Dollar Academy on Tuesday 25th March.

At the end of the first 6 rounds Stewart Melville and Hawick High School were in joint first place on 60 marks, with Woodfarm High following closely on their heels with 56. With 48 points there was a tie for 4th place, between Perth Academy and Larbert High School which meant a sudden death tie-break question. The nearest guess of Scotland’s current population saw Larbert through to the final stage.

The questions got tougher, and the atmosphere more intense as the final 4 rounds saw a mix of individual questions as well as a practical exercise. After a very close contest with the lead changing several times, it was to be Hawick High School who were the winners with Stewart Melville taking runner-up spot.

Many thanks go to Iain Aitken for his organisation of this year’s quiz and looking forward to more teams entering next year. 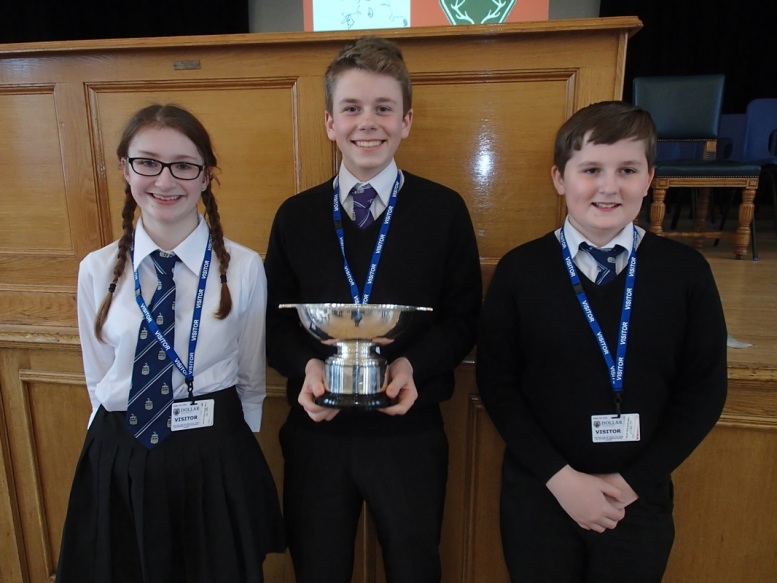 One thought on “Worldwise Quiz Final 2014”